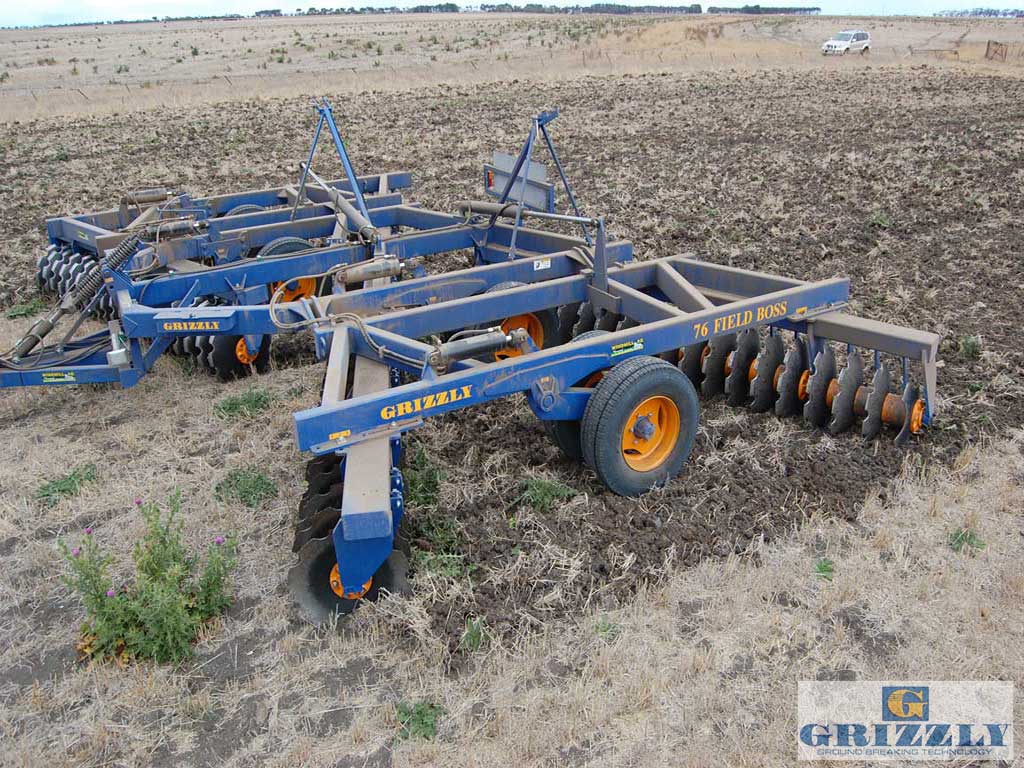 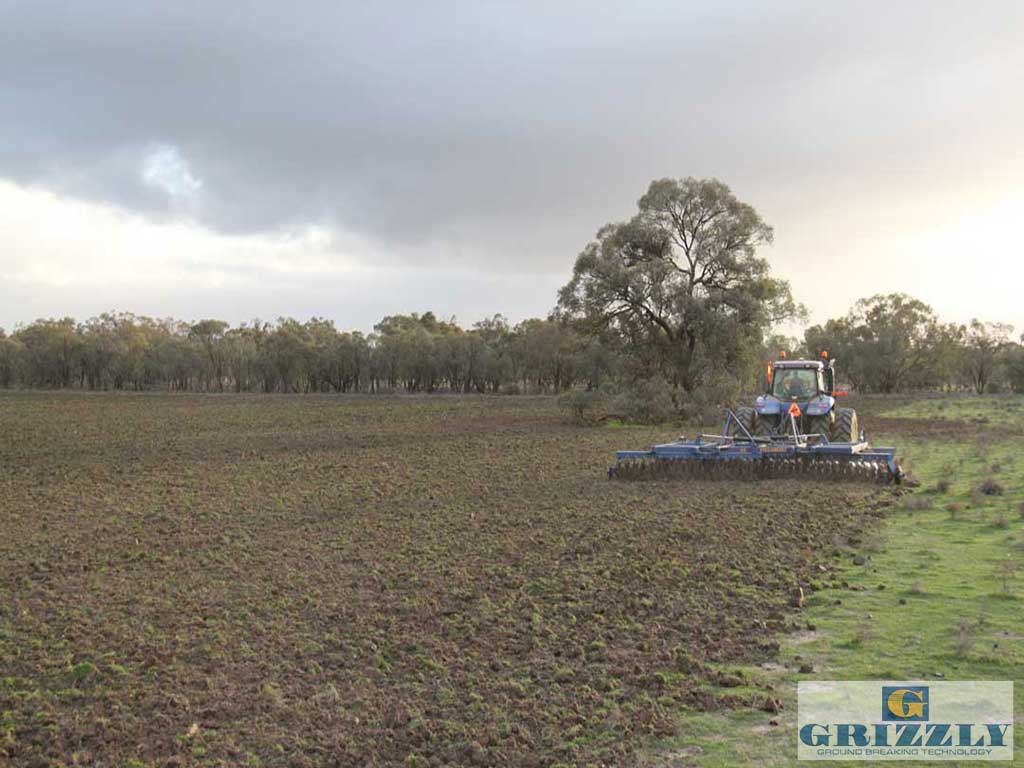 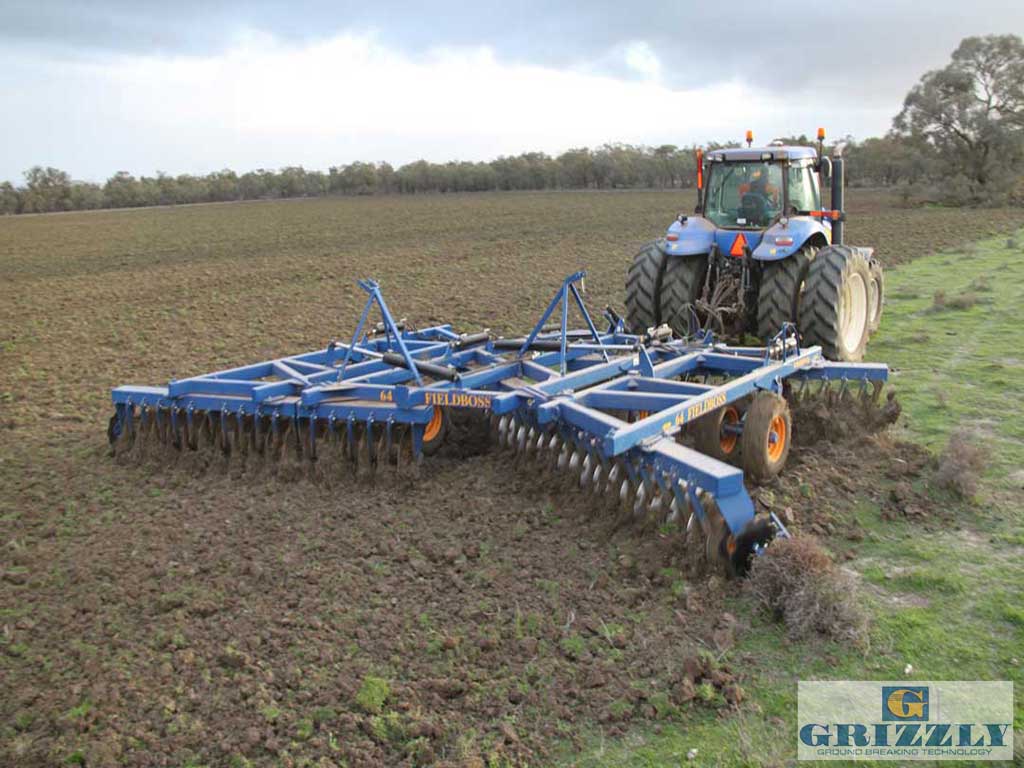 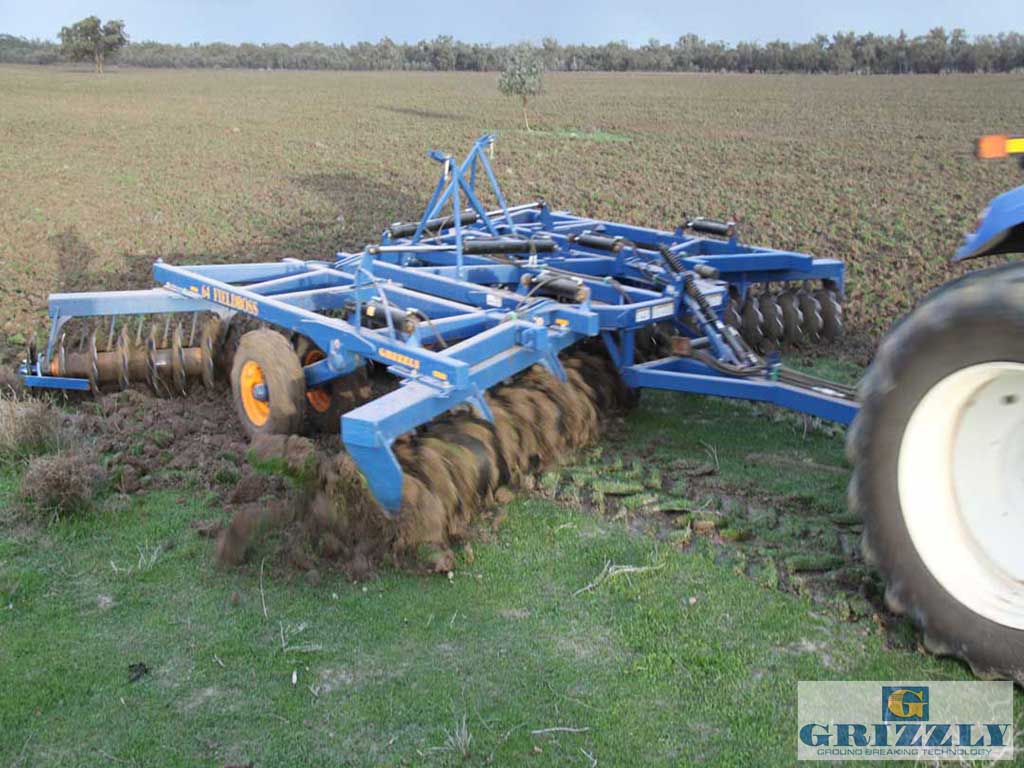 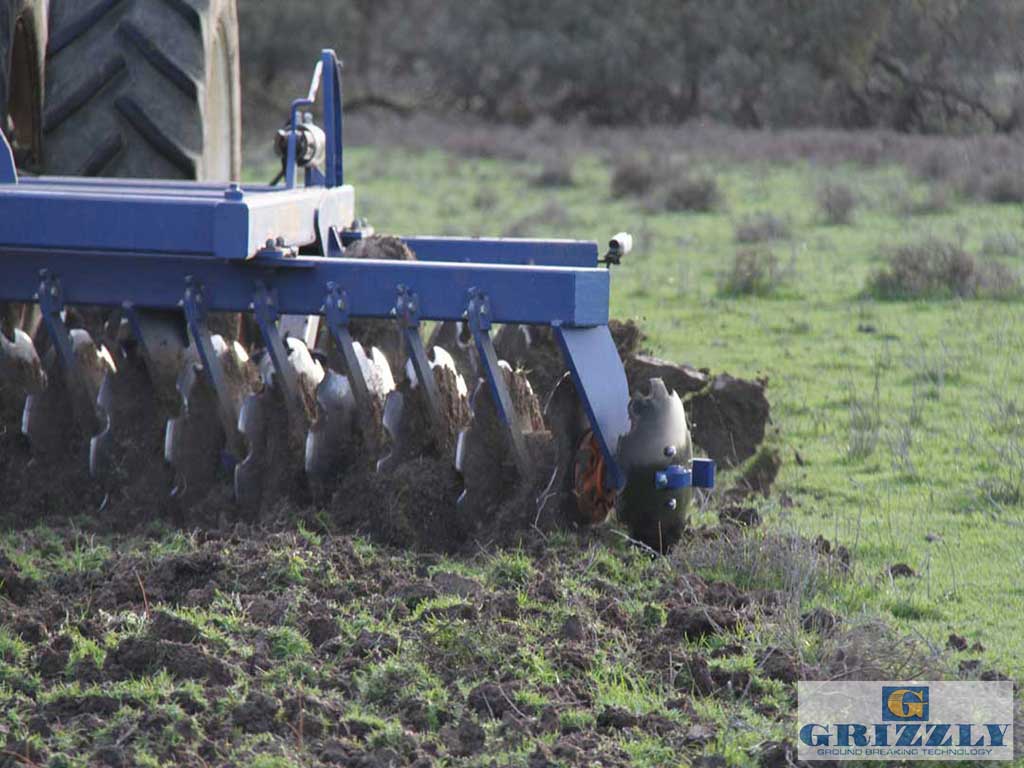 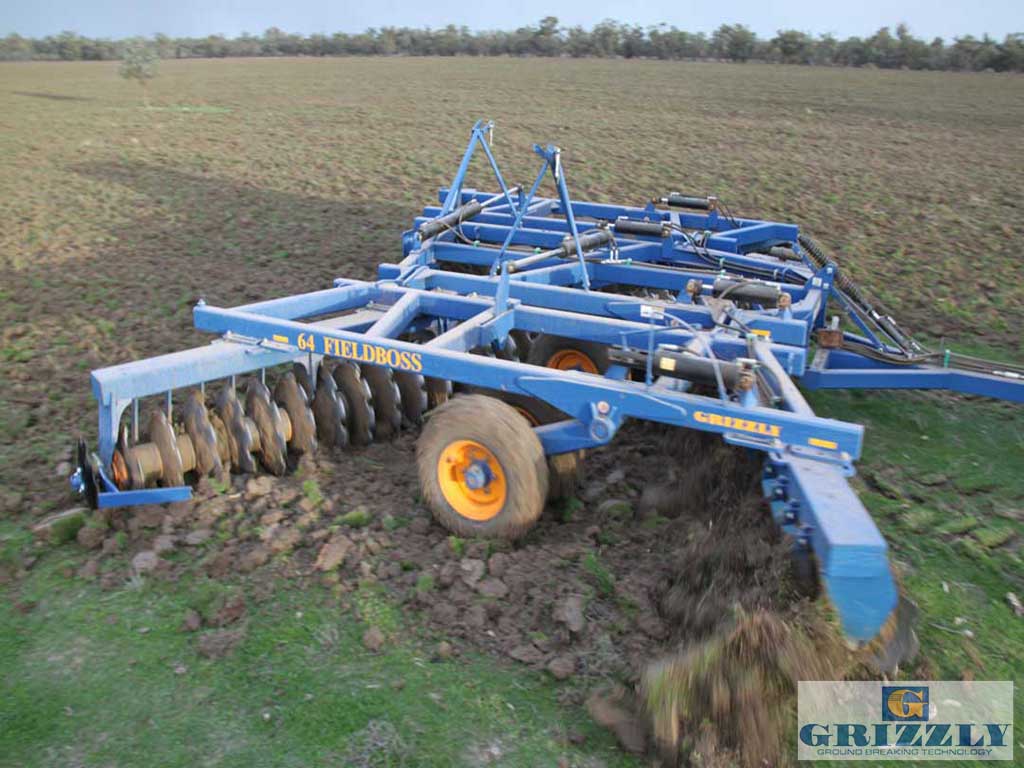 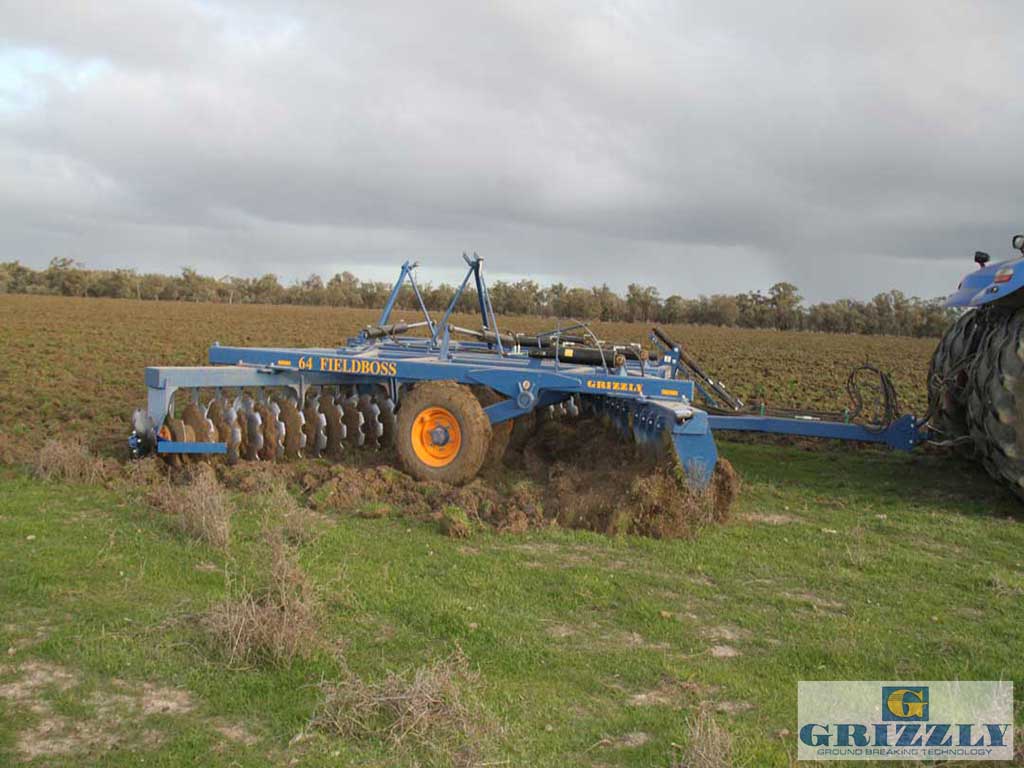 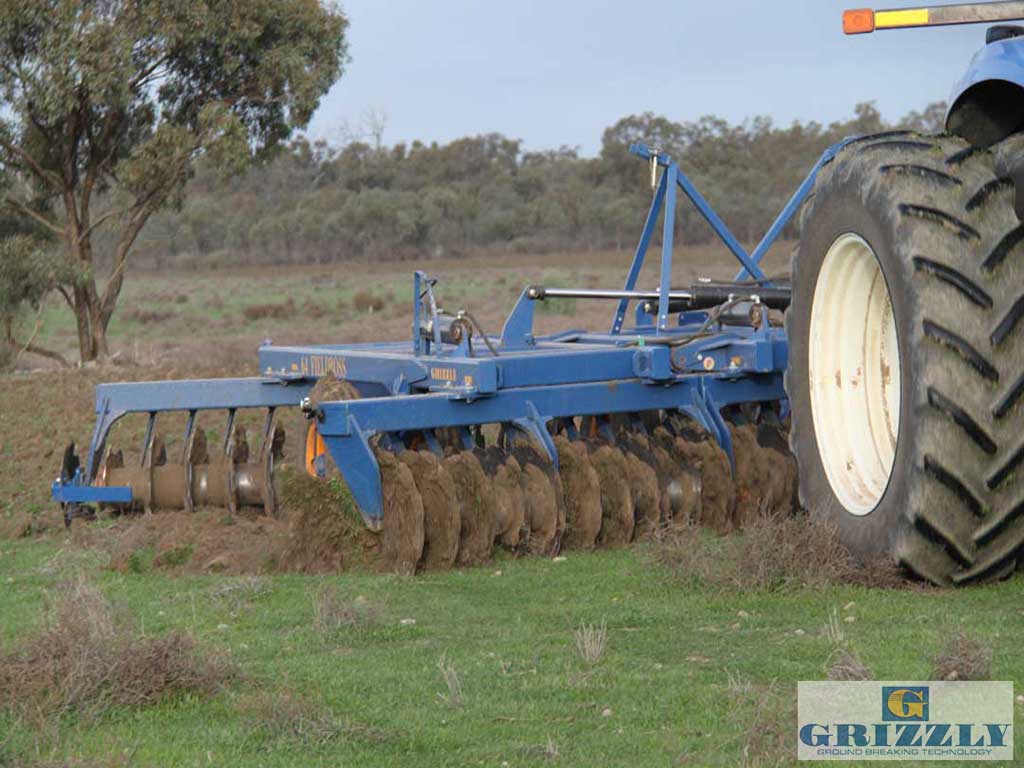 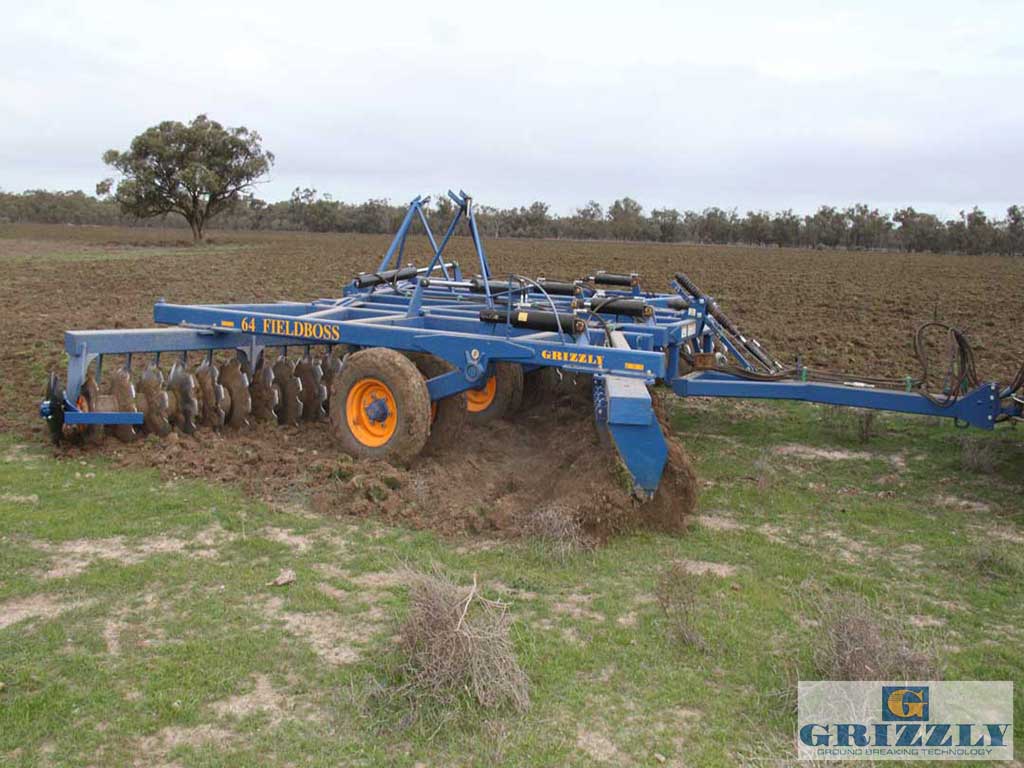 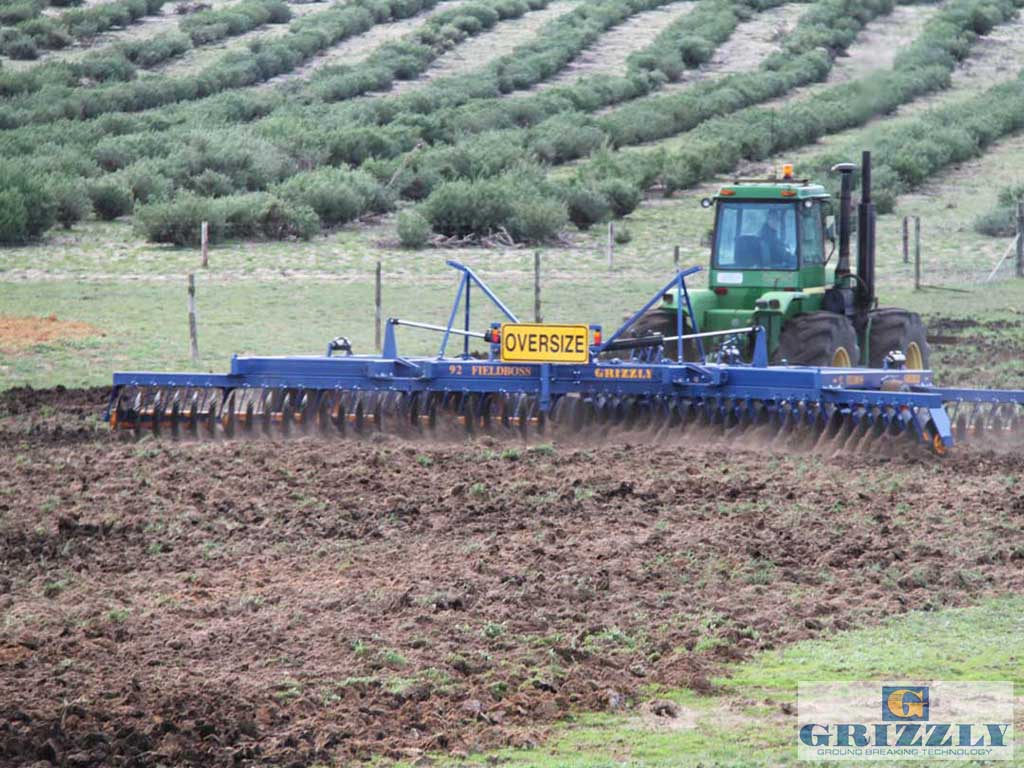 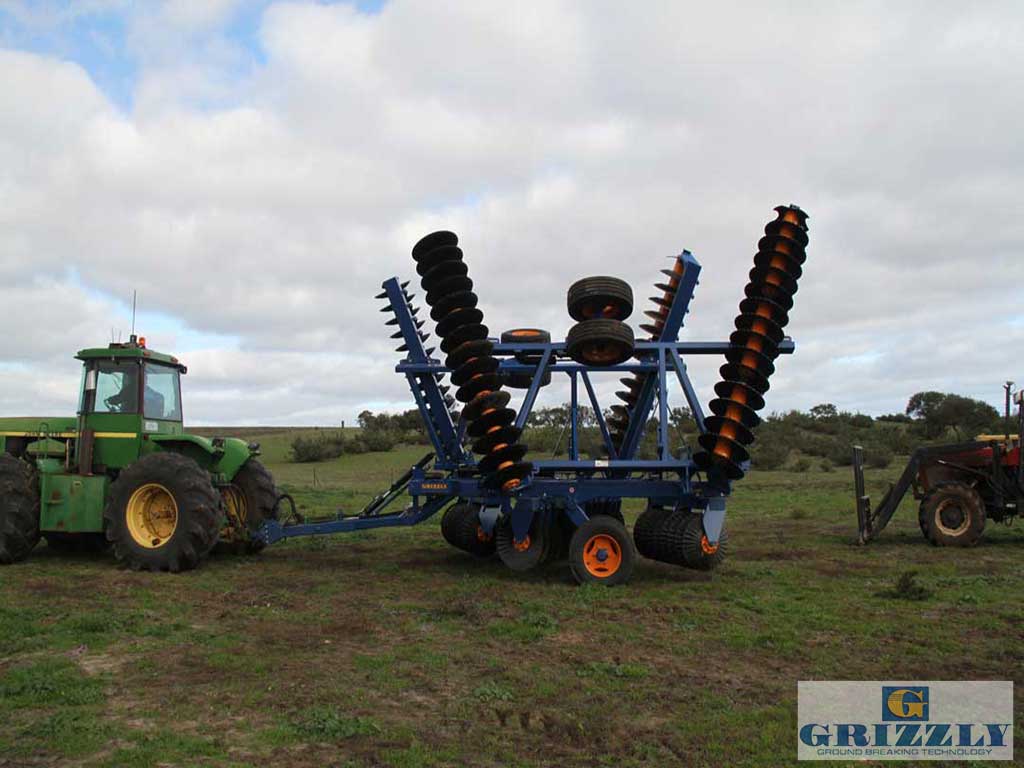 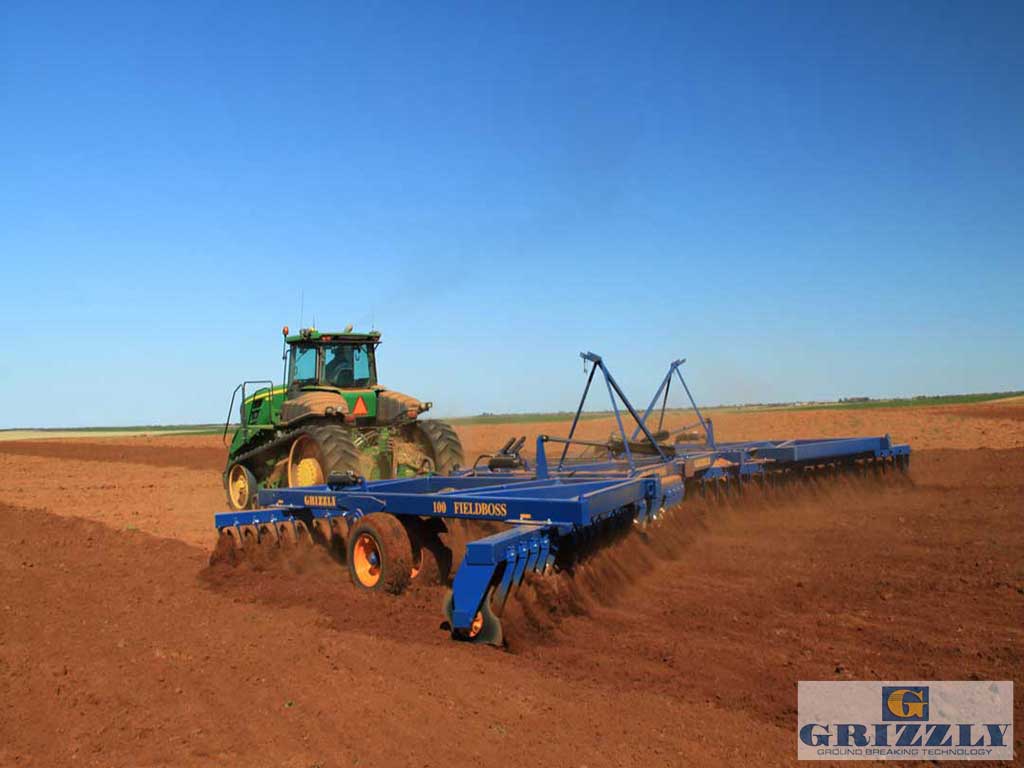 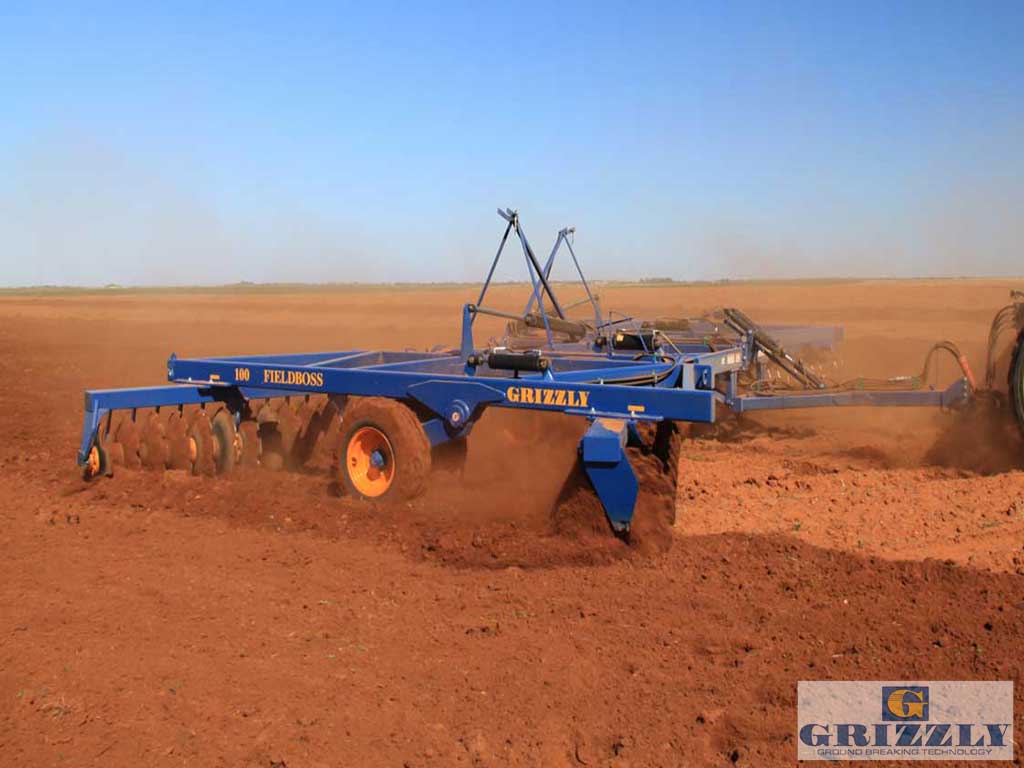 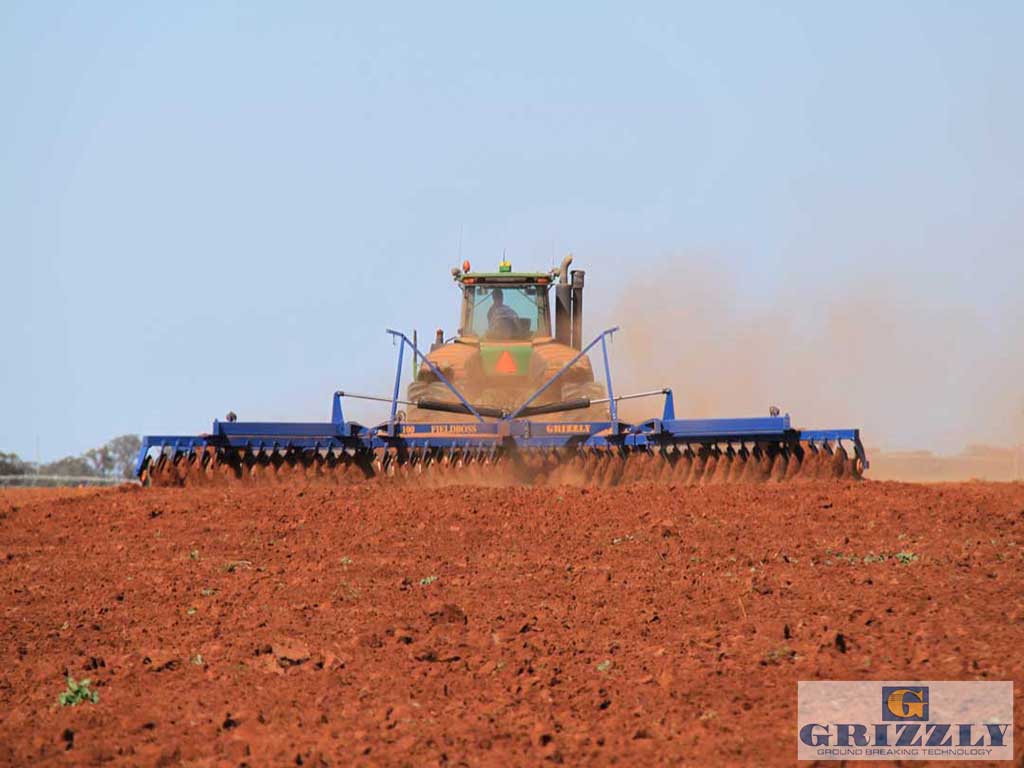 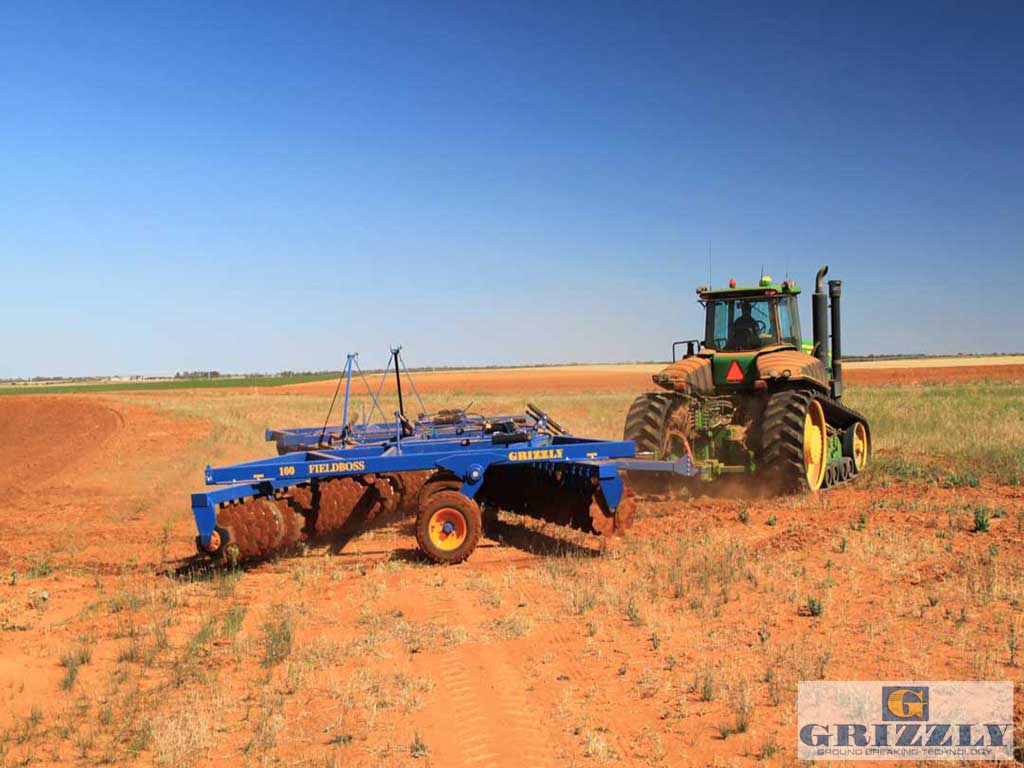 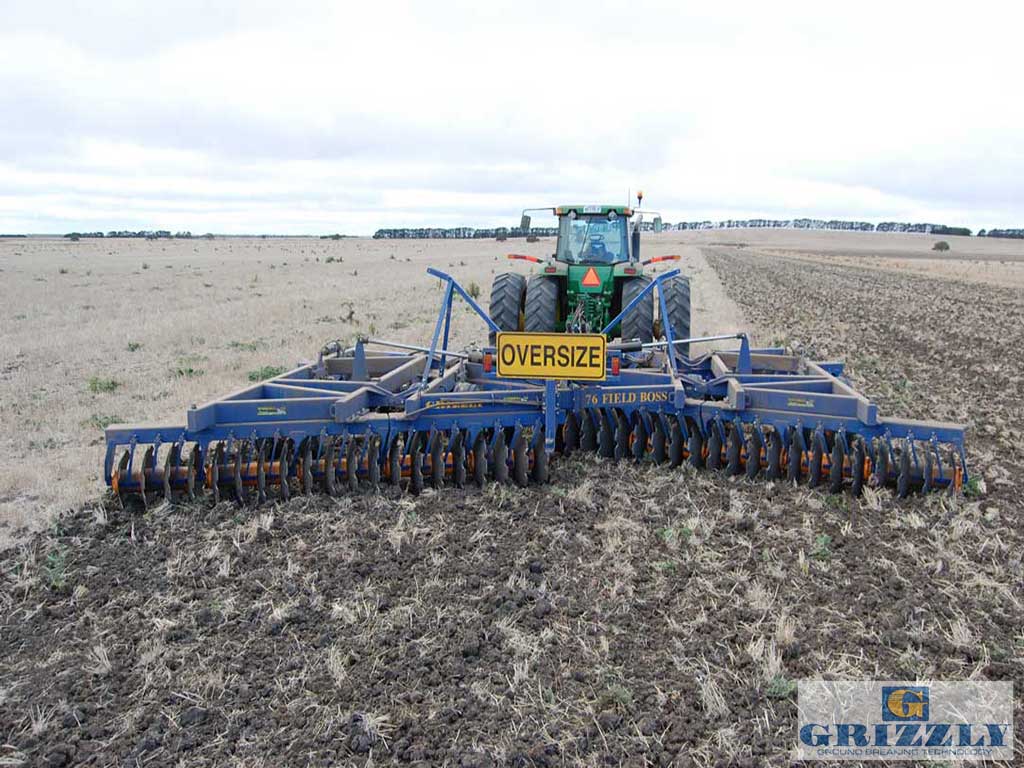 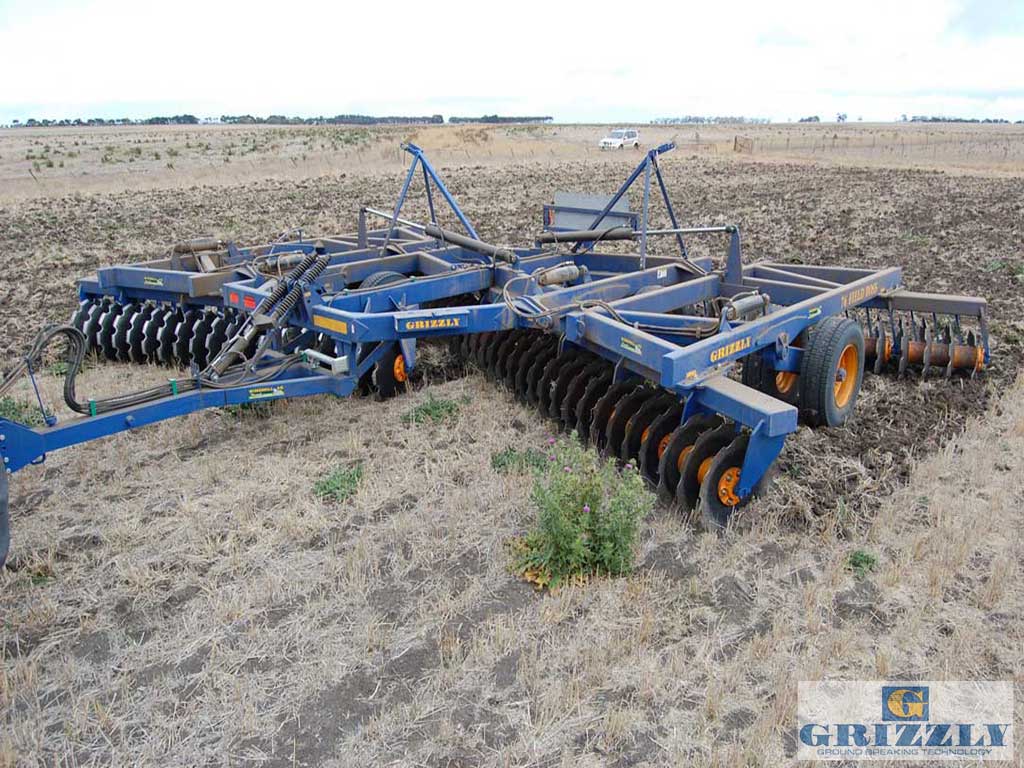 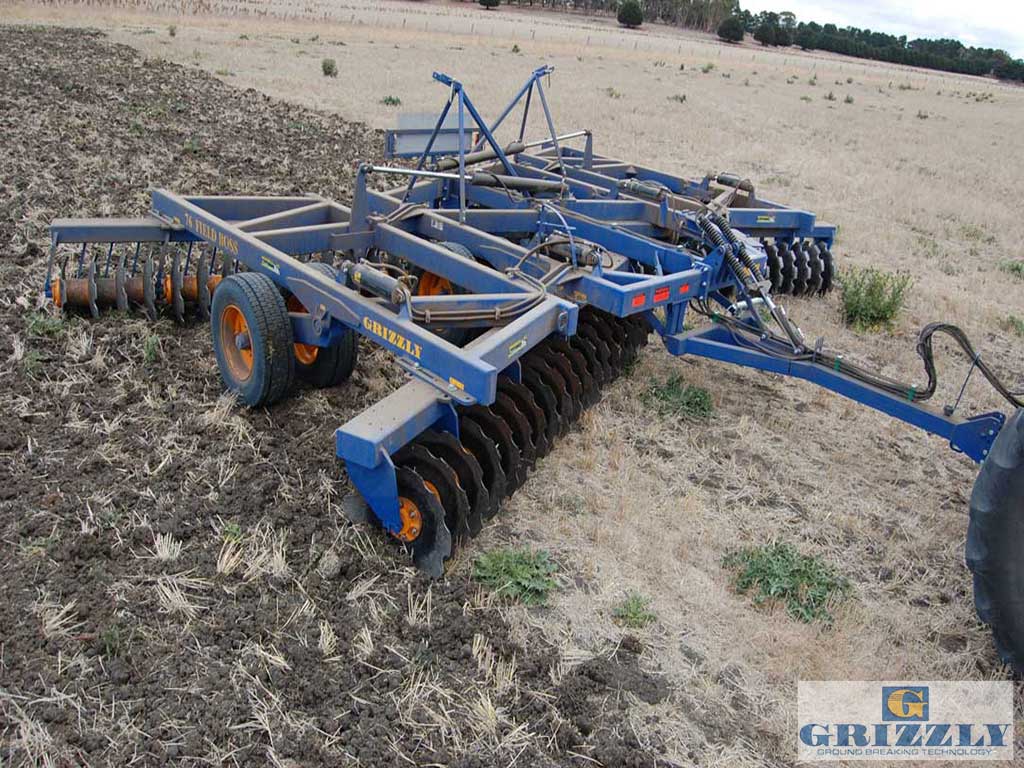 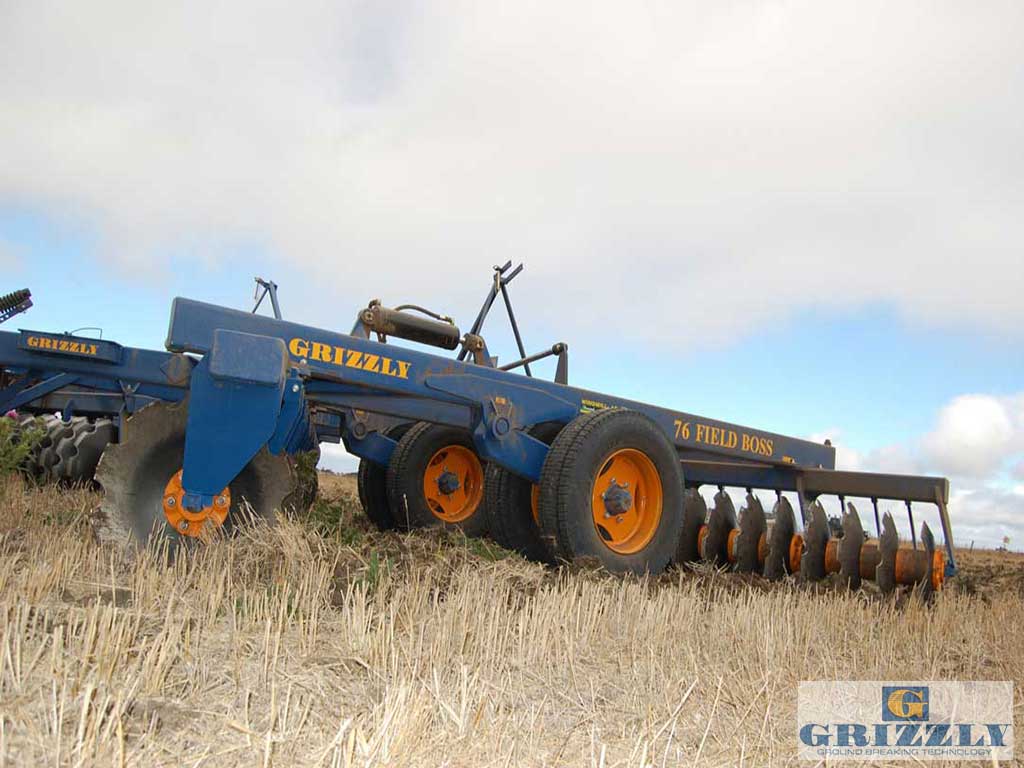 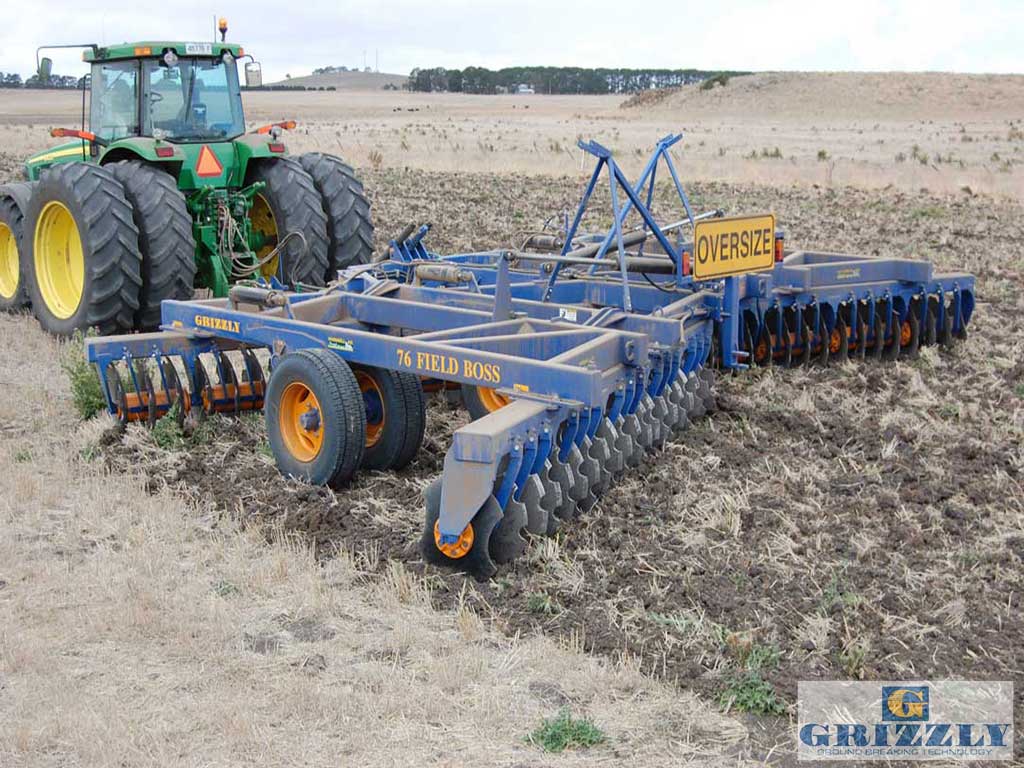 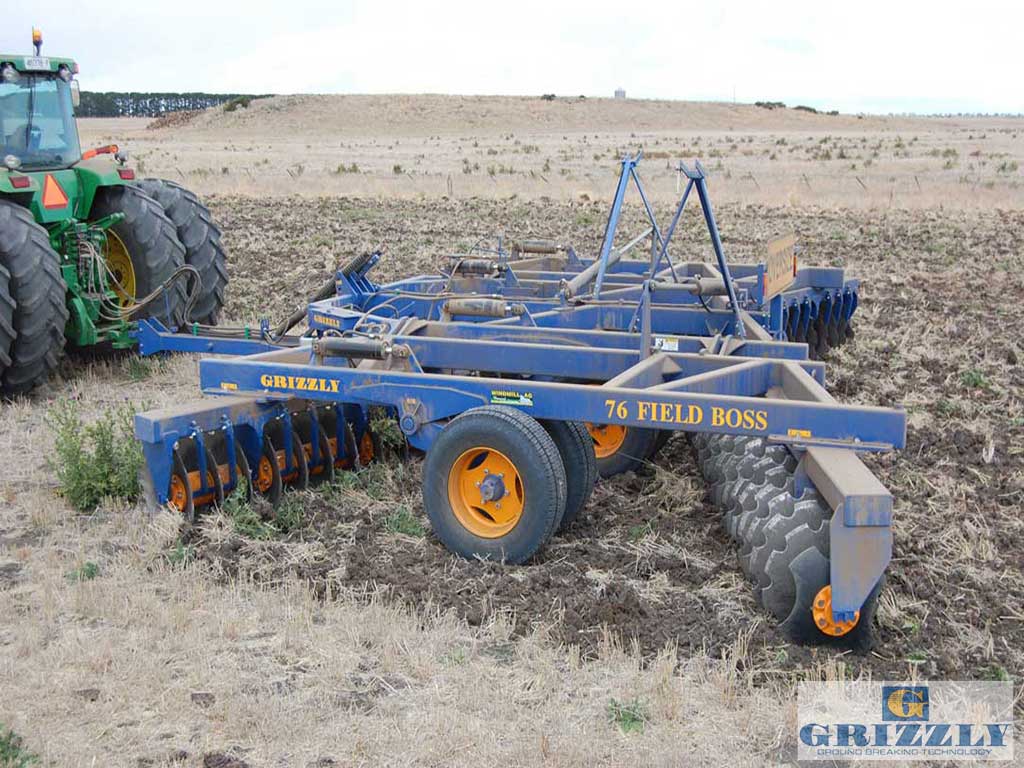 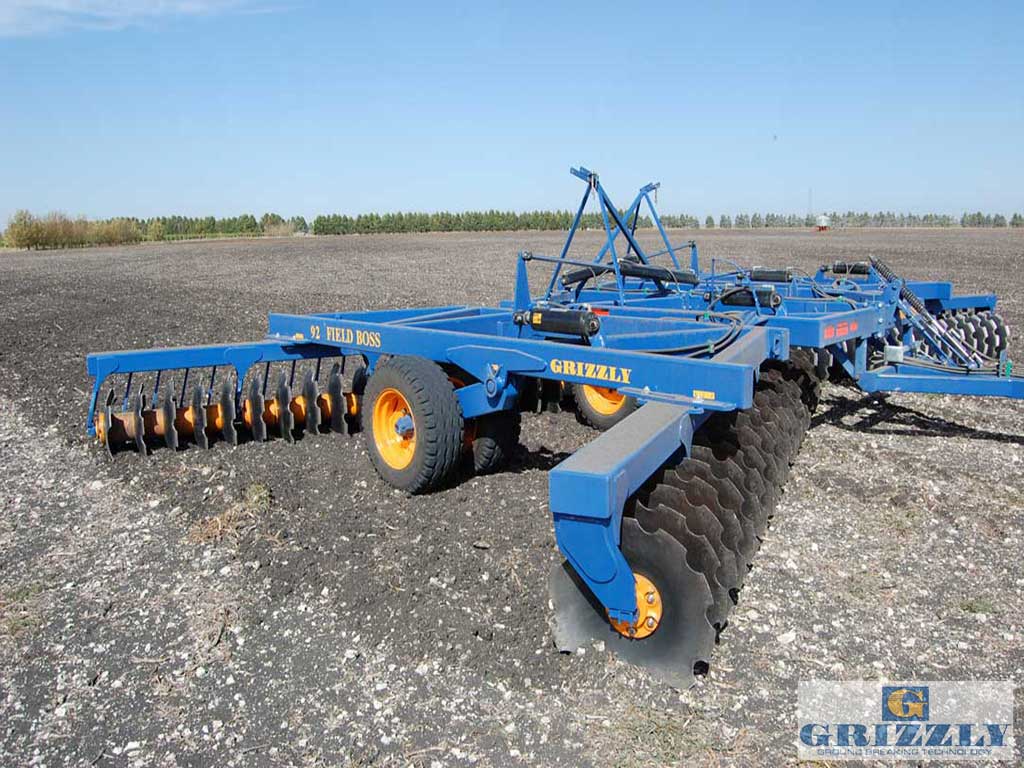 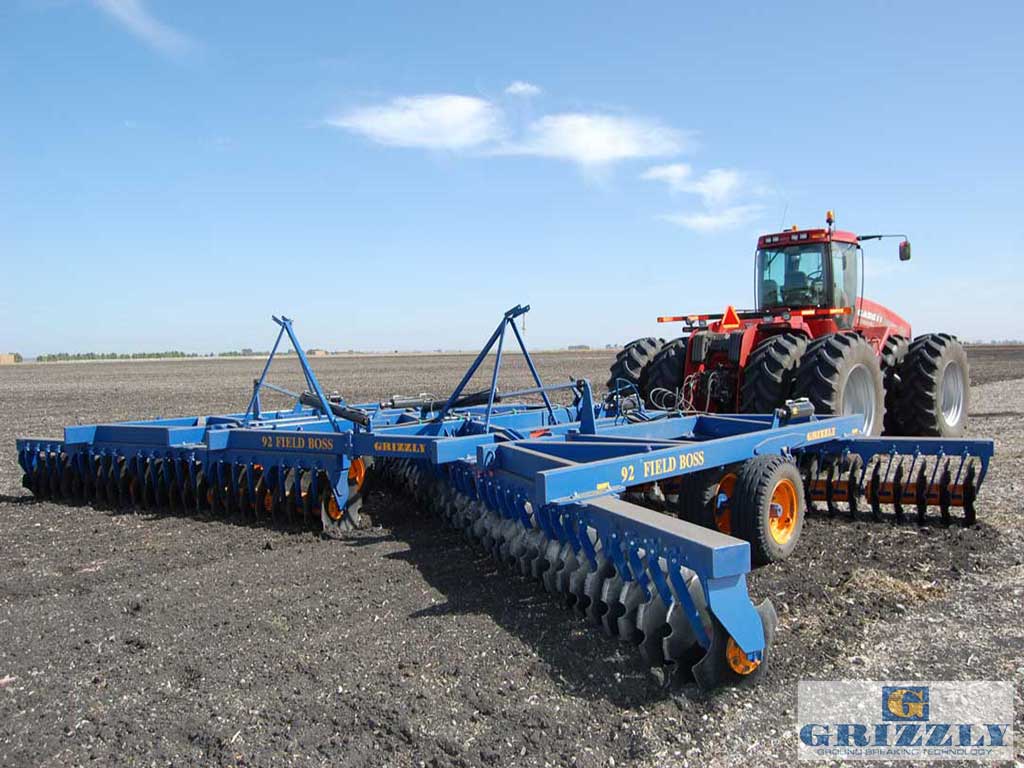 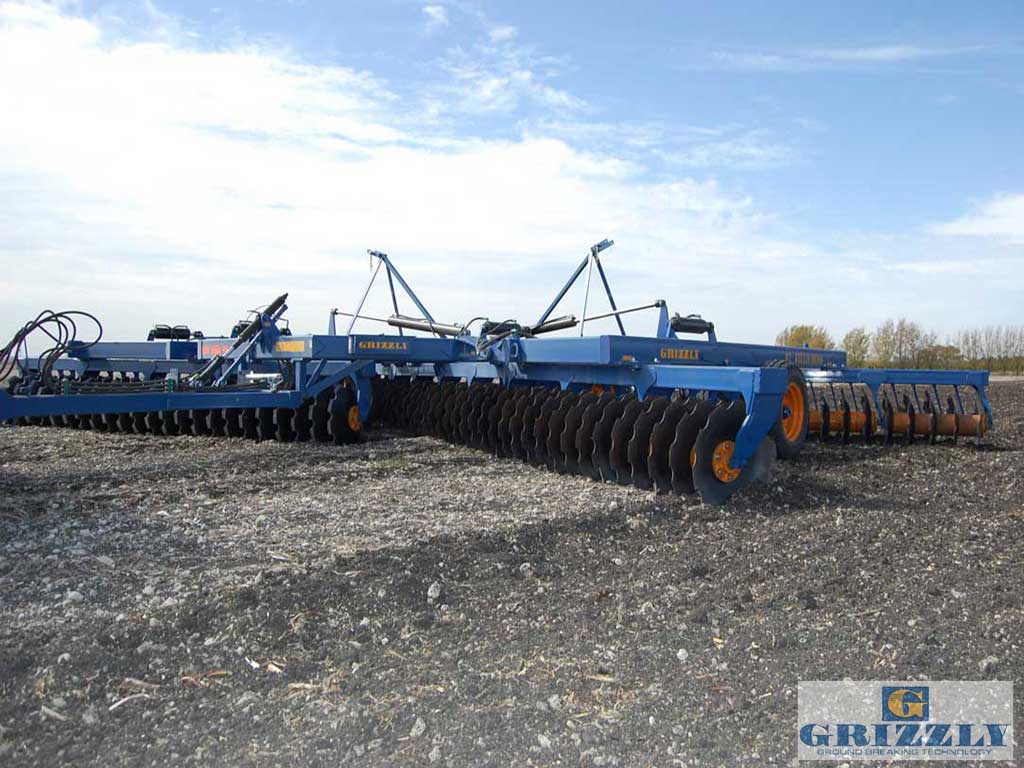 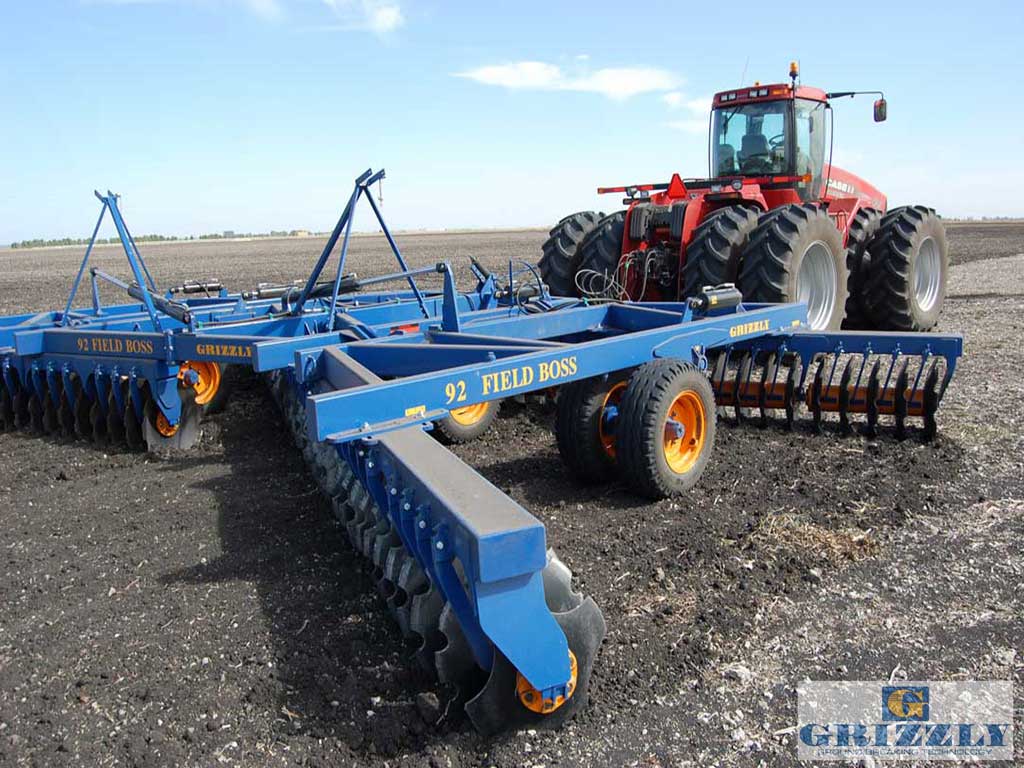 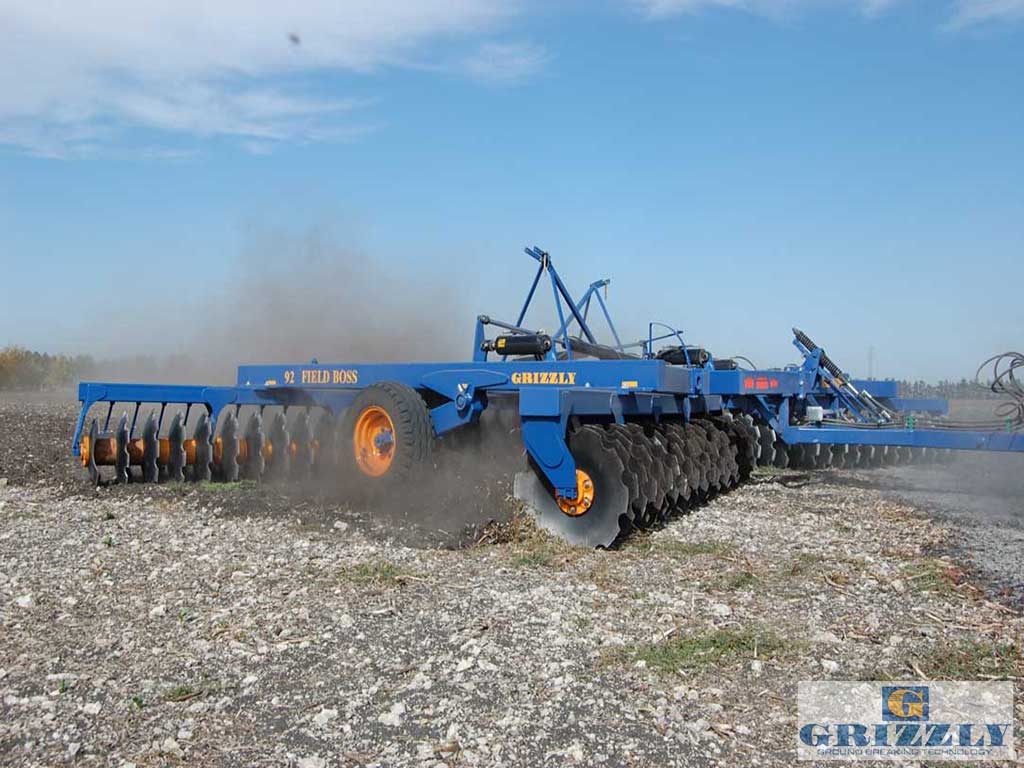 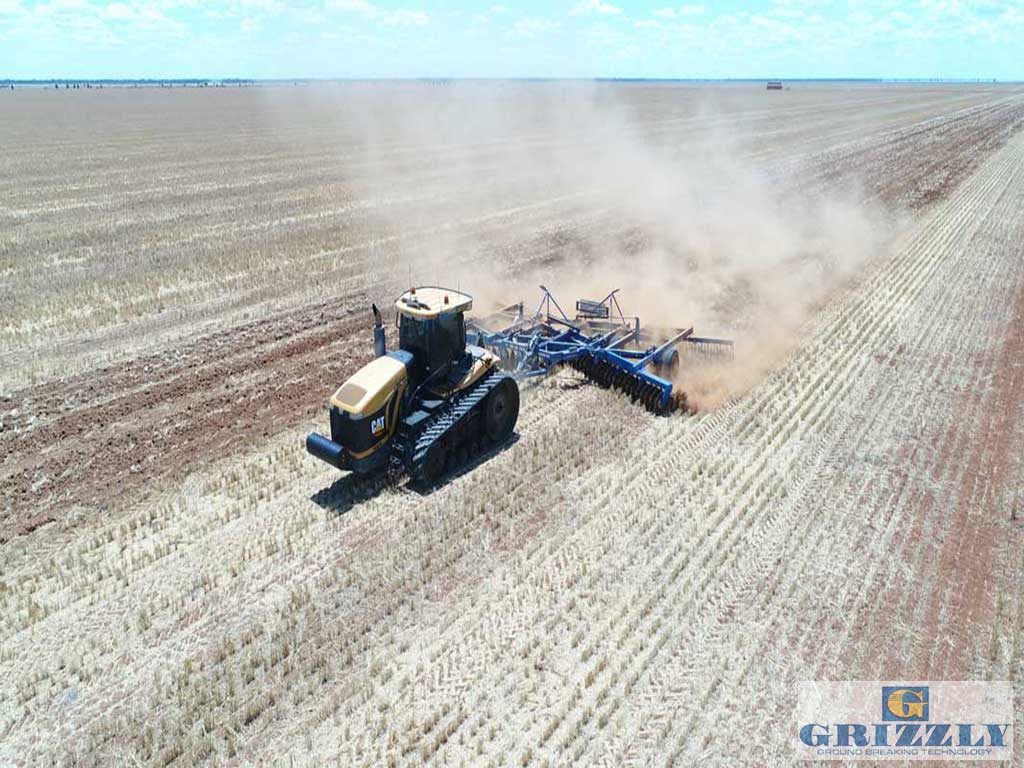 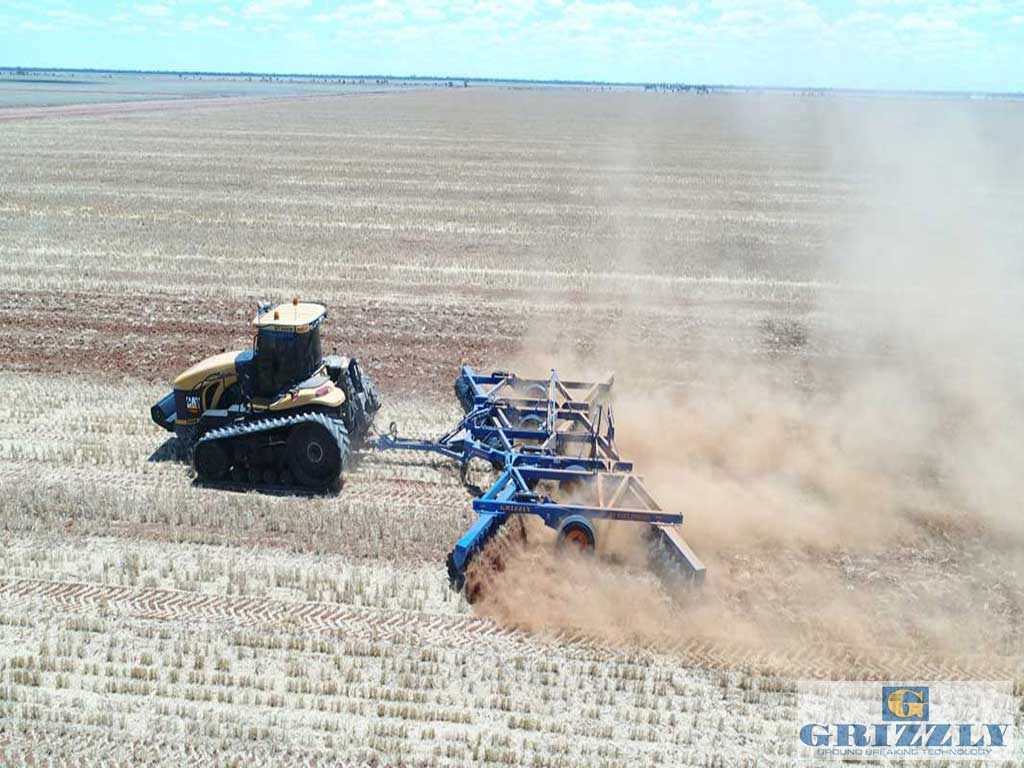 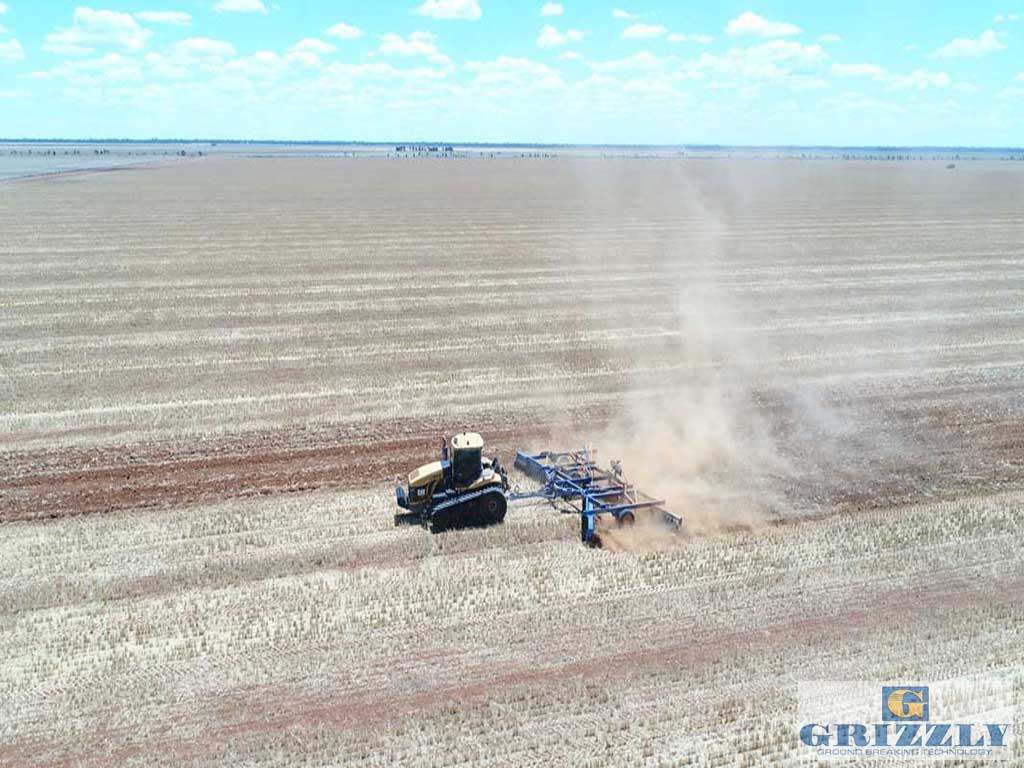 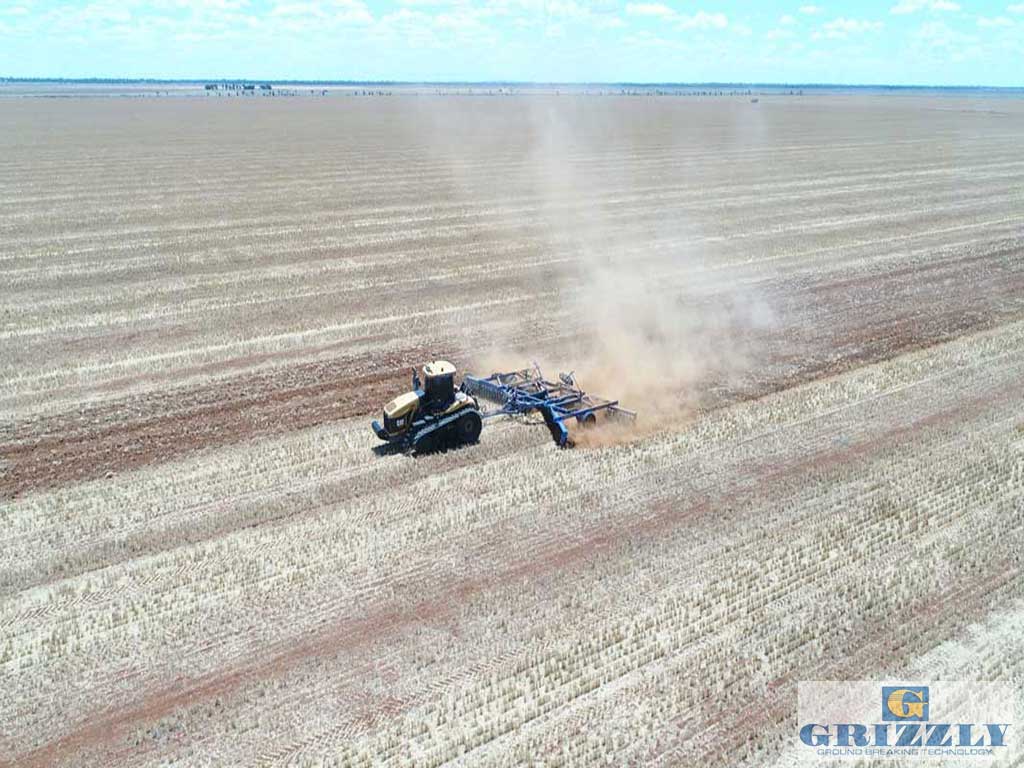 The original folding wing Grizzly has had many improvements over the years and thousands of Australian farmers has put the Field Boss through its paces in some of the toughest conditions.

Field Boss Folding Wing is a 3 section machine which has hydraulic fold and available in sizes from 56 plate through to 108 plate in working widths from 6.4mtrs though to 12.2mtrs. Suited to broad acre cropping cultivation in flat as well as undulating country, irrigation farming or even developing new country, the Field Boss Folding wing gives you a heavy yet versatile machine for all your cultivation applications.